Selva Verde Lodge to be featured on television 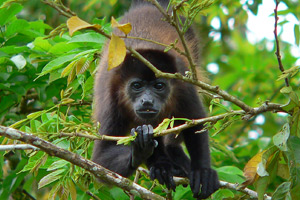 We are excited to announce that early this spring Selva Verde will be featured in a documentary slated to air on TV5 Canada! Marco Garsparoli, marketing coordinator for Selva Verde Lodge was contacted by Océan Télévision, a Canadian production company, seeking to use Selva Verde as home-base for a sustainable tourism-focused documentary. The subject of the documentary is built around a father and son who visit Costa Rica for the first time—demonstrating that sustainable, eco-friendly travel can be accessible for family and individual trips, not solely larger organizations.

To answer the question, “Why Selva Verde?” the director of production stated: Selva Verde’s story and ongoing commitment to preservation was a major draw. Océan Télévision felt that Selva Verde would be an ideal location to promote the documentary’s overall message.

After much preparation and collaboration between Selva Verde and Océan Télévision, a 6-day itinerary was created and filming dates were set. The 4-member team (father, son, cameraman and director) arrived on November 27th and stayed until December 2nd, participating in many of Selva Verde’s signature activities: chocolate and pineapple farm tours, birding in Selva Verde’s reserve, floating down El Río Sarapiquí, aiding in a reforestation project—they even played in a co-ed soccer match! Overall the event was a major success, as well as a testament to how issues such as sustainable travel and commitment to conservation, are receiving growing attention and interest.

Mark your calendars for the following airing dates:

It will also be available for viewing online at: https://tv5.ca/partir-autrement-en-famille